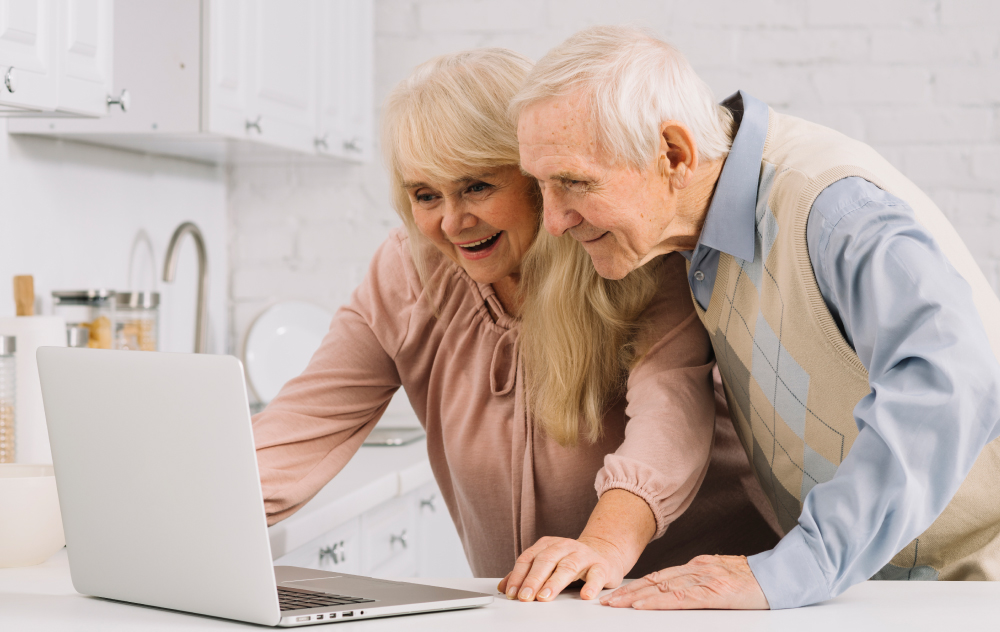 The bane of many people seeking retirement accommodation is waiting lists. Usually when enquiring about moving into a village, or facility, one encounters the response… “We will have to put you on the waiting list”… or perhaps even… “We have a ten-year-long waiting list!” This is especially true of popular facilities and is hardly encouraging to people who are seeking immediate retirement accommodation. (However, had the aspiring applicants not procrastinated for so long; had they not left their decision until the last moment – then being placed on a waiting list would perhaps not have proved to be half as daunting!)

How do waiting lists work?

Simply put, the management or agent responsible for selling/allocating units or cottages in a specific retirement village normally maintains a list of interested applicants. The list is generally in date order i.e. the earliest person to put their name on the list will be at the top; will be the first person to be contacted when a vacancy occurs. They are then offered a cottage and are normally given a relatively short time to consider the offer and make a decision. If they decline the offer, they will go to the bottom of the list and for them, the process will have to start all over again. In some instances, the period in which to consider whether they wish to purchase the unit on offer, whether they are willing to move in, can be as short as a week! Not a very long time in which to make such an important life-changing decision.

The bad news about waiting lists?

Depending on the village’s popularity some can be very long. Most in-demand villages have lengthy waiting lists. My wife and I, for example, live in one of only six available life-rights cottages in a Pietermaritzburg complex and recently, when enquiring on behalf of relatives, I was informed that there were 42 people on the waiting list! Do the maths! Unless you are immortal, your chance of taking occupation of a unit in this lifetime is extremely unlikely!

The good news about waiting lists

But there is good news! Not all waiting lists are worth the paper they are written on. Some people convincingly place their names on a village’s waiting list, but as time passes, they lose interest. Often when they are phoned and informed that their cottage is available, the caller finds out that they have died; or they have purchased a unit in another village, that they have moved in with their children or simply that they have merely decided to remain where they are. The fallout from waiting lists can be as high as 30% to 50% and for this reason, most popular retirement villages now require applicants to pay a deposit and annual retainer in order to remain listed. This at least increases the likelihood that once applicants have changed their minds, rather than wasting money on annual waiting list fees they will inform the organisation accordingly. The cost of such fees normally varies from a few hundred Rands upwards.

When should I put my name down on a waiting list?

If you are, for example, over 50; are serious about seeking accommodation and have a specific village in mind – the sooner the better! There is little sense in delaying – and then place your name on a 10-year list at the age of 95! But be selective; don’t just adopt a random approach to village waiting lists. Try to narrow it down to one or two that you really like, and keep pestering them. Phone them to ascertain, how far down the list you are; occasionally take the secretary who maintains the waiting list scones and jam at month ends. Don’t let them forget you. (And if you have a friend or relative already living in your village of choice, this could be a source of advance warning of pending vacancies.) Professional organizations should ideally send out an annual update, providing those waiting, with details of their progress up the list – But they seldom do! And if you learn of favouritism being practised i.e. that people who definitely applied after you, but have somehow moved in ahead of you – have no hesitation in reporting the matter to the Ombudsman, or going to the media. There is absolutely no reason why, just because someone’s relative or friend is Chairperson of the Body Corporate or a Trustee, they should jump the queue!

There are certain fraternity type villages were, members legitimately, enjoy preference; for example, those established for service clubs, such as Rotary – or a specific interest group, for instance, the Nuthaven Men’s Crochet Club. In such Villages, although the bulk of admissions may comprise of members of the public, whenever a sorority member requires accommodation, they will normally be given preference. And this is perfectly acceptable as long as it is made known at the outset of the process. So long as everyone is playing by the same rules!

When placing your name on a waiting list, find out exactly how it works. In instances where cottages differ and you may have expressed a preference for a particular type of cottage, or even specific cottage itself, you may discover that there are no waiting lists based on cottage types! – That there is merely a master list based on the date of listing. The master list may contain certain preferential requests. Most villages work on the basis that even if for example, you have specified that you want cottage 112A, in the event that others become vacant, you will be informed of all vacancies – just in case you change your mind and are willing to accept a different unit. Some other variations of waiting list practices are as follows:

This was, until fairly recently, the most common form of waiting list, whereby if you were not yet ready to move in, you were moved all the way down to the bottom of the list. In situations where you may have waited ten years this could be traumatic, as there is a large difference between relocating at 65, compared to 85!

And in yet others, you may be transferred to a supplementary list, which contains those people who would definitely like to move into that particular village – but not just yet. Such villages maintain two lists – a general list, and a priority list of people chomping at the bit!… waiting none too patiently, to move in now!

In some more enlightened retirement villages, when contacted, if you are not quite ready to move in; your name may be relegated to ten positions further back. This assumes that you are serious about your particular choice of the village, and merely need a little more time to either get your affairs in order; or to get your mind around the idea of this last final move.

This form of waiting list is by far the most generous. Should you be offered a cottage or apartment, you are under no obligation to accept it. You merely maintain your position at the top of the list and wait until the next vacancy, when you will again be contacted. A disadvantage to this form of list is that it provides the Village with a false impression of how many people are actually ready to move in… and how many people have listed on a just in case basis. A village may, for example, think that they have over 300 people on their waiting list, but in reality, not all are ready to move in, nor are all willing to accept any cottage.

The ‘three strikes and you’re out’ rule

This works on the basis that if you decline your offers three times, you are then relegated to the bottom of the list – or even removed from the list altogether. And other retirement villages stipulate that where you decline an offer on your preferred apartment, you will automatically drop to the last place.

Other villages allow you to move into the village, even though you are purchasing a cottage which was not your stated choice, on the basis that a separate waiting list will be maintained internally for specific highly desirable cottages. Take for example the situation where one cottage in the village has a double garage plus a carport. While you may, on an interim basis, accept another cottage with garages for only one or two vehicles, you would never-the-less still like to move into your preferred cottage. The internal list could provide you with an opportunity to change cottages later. (This normally applies to life-rights only, as statutory legal requirements and fees, could make such arrangements in respect of sectional title purchases, prohibitively costly!)

Theoretically, there should be differences between life-rights lists and sectional title lists. For example, in the case of the former, as it is not exactly a sale, but rather an advance rental arrangement, the village could offer units purely on the waiting list basis, however in the case of sectional title sales, one would expect the case of willing seller, willing buyer to prevail, with the person willing to pay the highest price being the successful purchaser – however this is not always the case. In sectional title sales in some villages, the resident’s family reserves the right to engage the services of a private estate agent to handle the sale, and while they may make use of lists merely as a source of potential clients, they will understandably seek to get the highest price possible. In other situations the village handles sales themselves, this to save selling fees and to exercise selective control over the choice of the purchaser.

This can take you by surprise. In our case, for example, I had worked as CEO of a PADCA, a large Pietermaritzburg non-profit organization caring for elderly people. Its portfolio included some economic facilities, the sales of which were designed to assist in funding the poorer units which it served. During my sojourn as CEO, I personally sold a life rights cottage to a retired person seeking accommodation, and I was so taken with the unit that I put my name on the waiting list for the unit. This was in 1998. I later moved overseas and lost touch with the organization and completely forgot about the unit. We eventually returned to South Africa, and in 2008 (ten years later!) I received a phone call from a lady with a Polish accent, informing me that my cottage was available. I at first had no idea what she was talking about, and when the penny finally dropped, we had a lot to do. I was working and living in Durban at the time, so much had to be considered prior to say yes… we will take it! We did move in and it is one of the best choices we have ever made – but the decision made in less than ten days was far from easy… and it is an experience which many applicants face and one that could involve actually having to retire; resigning from employment, downsizing, selling a second vehicle, re-homing the family pet, relocating from a distant location… and perhaps even informing your spouse of this new venture on which you are both about to embark… all within the space a of a few days. (Remember for the better villages, there are normally long lists of applicants waiting eagerly in the wings, so one needs to be prepared for the day when the phone may just ring!)

If you are serious about moving into a Retirement Village, the first step is to place your name on an appropriate waiting list. Immediately this has been done – proceed to step two… sit down with your partner and work out exactly what action you will take when you receive a phone call informing you that your cottage is available… Don’t get caught flat-footed!