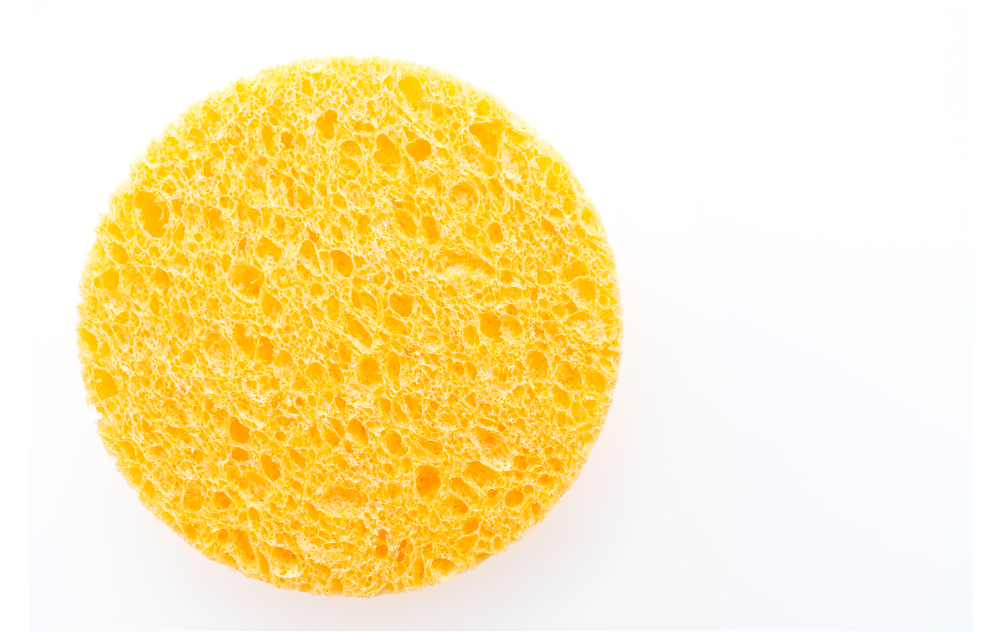 She breaks a small piece off the pink sponge in her hand, pops it into her mouth and chews with as much relish as if she were eating a chocolate chip cookie.

“My body needs it,” says Candice Knox of Boksburg on Gauteng’s East Rand. Sometimes she’ll eat the entire sponge in a day, at other times it takes her a month or two to finish one- it all depends how strong the craving is. Her family and friends are so used to her strange habit they’ve given her sponges as gifts. She likes them more than chocolate, after all. The mom of two has been eating sponges for 30 years. Natural sponges – the yellowy brown ones are her favourite. “If you keep it in your mouth for a while, it eventually dissolves,” Candice (36) says, adding that it doesn’t have an after taste.

Her fiancé’, Clive Show (33), is a bit concerned about her snack of choice, she acknowledges. “He doesn’t like it but he’s come to terms with it”. She knows it can be harmful if it causes a blockage in her digestive system but that hasn’t happened. “the risk of a blockage is exactly why I eat small pieces at a time” she explains. And the rest of her diet is normal- she loves red meat, vegetables, fruit and sweet treats, especially jelly sweets. There was a time the marketing consultant was shy about her unconventional craving, but when she turned 30, she decided she wasn’t going to keep it a secret any more.

“I don’t hide anything else about my life. Why would I hide this?” The first time she tasted the sponge she was six years old. She was sitting in the bath and felt a sudden urge to break off a piece of a nearby sponge and chew it. A while later she started eating the sponge in their family car, breaking pieces off the seat and quietly chewing and swallowing it.

After that, sponges were taboo in her home. “We only used facecloth. “But Candice’s craving was simply too strong and she found sponge to eat whenever she could.

Candice has read about her condition – known as pica (an urge to eat odd things)- and when a doctor told her that it might be due to an iron deficiency, she started taking a supplement, which does make the craving disappear. But sometimes she stops taking it just so she can eat sponge again.