Isn’t it time? (A new approach to the departure lounge is needed?) 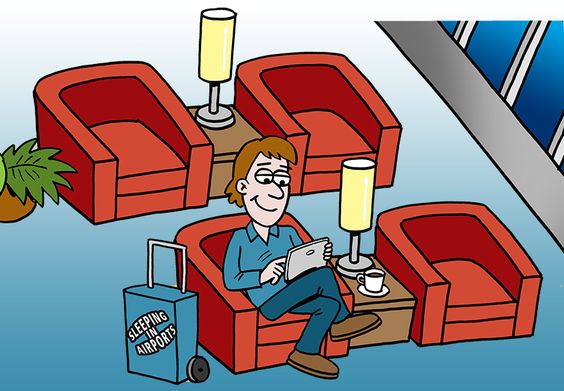 Isn’t it time?
(A new approach to the departure lounge is needed?)

Or should that rather read… we need to revert to the old approach?

Having reached that stage of life where I am experiencing the deaths of close friends and relatives, I have come to the conclusion that we have got it wrong? Increasingly we seem intent on fighting death, literally to the bitter end, rather than accepting it as a natural phase of life. Why? Death is a normal part of life and once we both acknowledge and accept that, we will be able to live fuller lives!

Our attitude to death

I have never quite understood the attitude of religious people to death? Most formal religions maintain that ‘Heaven’ (or by whatever name you call it), has streets paved with gold, free golf club membership, and free-flying lessons, yet… whenever a person is dying, acquaintances who have not even bothered to visit them for ten years, enter their rooms clad in sombre black suits, clutching white lilies, and whispering inanities intended to comfort them.  If Heaven is such a grand place – why not bound in, clothed in jeans and a T-shirt, clutching a bottle of Brandy and say to them ... ”Good on you mate! You are on your way… let’s drink to that!”

And then there is the attitude of some[1] medicos?

They go to extraordinary lengths to save our lives; keeping us alive in a virtual vegetative state for what seems like an eternity? Why is this? Is it motivated by their hypocritic (Oops! Sorry! … Hippocratic) Oath?… or could it be that they (and drug manufacturers) have realised that you don’t make money out of dead patients? And these interminable periods spent fluctuating between the sunrises of hope, and sad sunsets of dark despair, only further add to the pain of a process with which we have lost touch.

While I am aware that many morbid diseases can prove fatal if left untreated, sadly GP’s, Physicians and Specialists alike, seem to have lost the ability to distinguish between these and the genuine end of life ailments for which there is definitely no hope.  And in such situations, it is of little use looking to the family for assistance, as they too quickly become infected by a virus known as Immortality Syndrome; an infectious disease whose main symptoms seems to present as false hope and reducing bank balances.

In the 1990s whilst working as CEO of TAFTA in Durban, I experienced the following example of family interference (however well-meant?). A 96-year old person had expressed the wish to die! He lay in a semi-foetal position on his bed, in one of our frail care homes. On a few occasions, over a period of only a few months, he contracted pneumonia, and his family immediately rushed him across to Addington Hospital, where he was pumped full of antibiotics.

A week or so later, after recovering, he was returned to his bed in the frail care home.  This process was repeated on three occasions. On the fourth occasion the Sister-in-charge of his ward called his family aside and advised them against again sending him to the hospital. She explained that he wanted to die; that he was ready to die! And that they should allow him to do so, with peace and dignity. She went on to tell them how pneumonia was known as ‘old man’s friend’, and that he would likely die painlessly in his sleep.   Thankfully they heeded her advice, and he died a few nights later, as she had predicted.

The pre-occupation with keeping people alive at all costs, in many cases, denies the elderly the right to a dignified death. Our ancestors used to recognise when their time to die had arrived and allowed the process to proceed in a practised, almost ritualised manner. My mom came from Afrikaans farming stock, in the Northern Cape, and as a young boy, I recall on one occasion we learnt that her elderly brother, Oom Jan van den Berg, was dying. My mom and I caught the train to Vryburg and travelled to Reivilo where the entire family were camped on a “Nagmaal”  square outside the Church. The family had gathered to say goodbye to him. He inconveniently recovered[2] (without medications or a physician’s skill), so our long trip from our home in Durban had been in vain, however, I recite the story to illustrate the principle of a ritualised and accepted death, impossible on the roller coaster of modern medicine.

So what should we aspire to?

The following process could prove effective in returning to a more dignified and peaceful death:

[1] The author stresses that he is not referring to ALL medicos, as most are incredible. He is here referring to the few that practice medicine out of greed rather than compassion – which is why it is so important to choose your GP and medical professional carefully.

[2] He did die a short while after, so at least we had the opportunity to bid ‘Oom’ Jan farewell, as was the custom of the day.

“Isn’t it time that we reverted to this proven and practised method of dying?”

Note: He did die a short while after, so at least we had the opportunity to bid ‘Oom’  Jan farewell, as was the custom of the day.