Frail care management can be a minefield 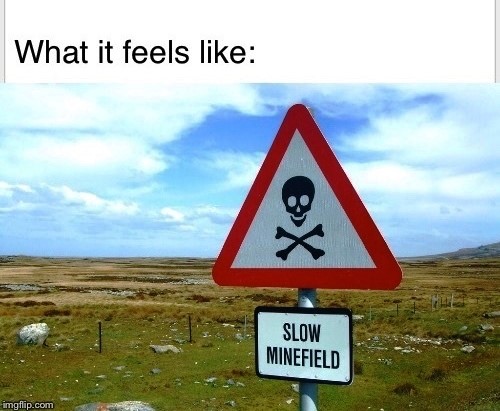 Frail care management can be a minefield

Those of us who are involved in the management of frail care facilities tread through a minefield…  and very often wearing size thirteen boots!

I recently watched a programme produced by Carte Blanche in which a frail care home was castigated for poor practice – practices which allegedly were tantamount to abuse.

But all residential frail care homes run the risk of coming under the criticism spotlight; of being accused of abuse. And once that occurs, it can become a vicious circle. Word gets around that the home is bad, and fewer people apply for admittance; the more professional levels of staff, (not wishing to be personally tainted with the same indelible brush),  resign moving on to other homes; the affected home becomes short staffed, with fewer beds filled, which in turn translates into larger financial losses. The end result might, at the very least be closure of the home, or at the worst even poorer care being available! We indeed work in a minefield!

Where else – would one run an organisation at unsatisfactory staffing levels, purely because of a shortage of funding? On admittance family are normally effusive in their praise… mostly because instead of paying over R25, 000 for a frail bed, they are able to negotiate a fee of R12, 000, but they forget that there are no free lunches and that reduced fees by implication can result in reduced levels of care.

Where else – would one expect caring staff, who are often paid a pittance (and have to sacrifice a large portion of time and money purely on travelling to work and back), to constantly behave professionally; to always remember to do everything by the book?

Where else – would one expect staff to exhibit the nth degree of compassion and commitment on a 24-hour basis, to patients who sometimes still harbour the stubborn stains of racialism?

Where else – would one expect staff whose families may be ravaged by aids and unemployment; staff who themselves may be suffering from compassion fatigue, to continuously be tolerant of elderly people whose behaviour occasionally leaves a lot to be desired.

Where else – would one experience the constant threat of becoming the victim of guilt projection? Some children whose elderly parents are entrusted to care are so guilt-ridden that they are constantly on the look out for some misdemeanour, real or imagined, for which they can blame staff!

Where else – would one strive to operate frail care homes with inadequate State support and funding; where else would the State only carry out inspections every 7 or 8 years? (If that?).

Where else – would some children place their parents in frail care homes merely because it allows them more freedom to have fun, go to the movies etc., or to assuage their guilt as they sell the family home, fortifying their financial coffers prior to emigrating?

We also have a situation where qualified nursing sisters are increasingly becoming as rare as rocking horse compost, where the financial allure of Dubai and the United Kingdom entices expat emigration, and where, because of inadequate State subsidies, N.G.O. social workers also earn far less their newly qualified State employed counterparts.

So what can we do to alleviate the situation?

Yes we work in a minefield… but we always need to remember that contrary to the adage that the youth are our future… in reality the elderly are. We need to both get used to the idea, and try to ensure that we make the ageing future – a better one!